Birth and Growth of Indian Nationalism 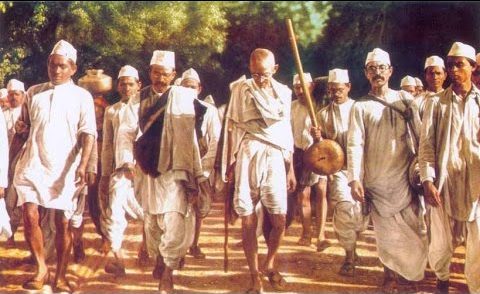 The birth and growth of the Indian nationalism, as in every other country like India, have been the result of numerous factors. Some factors sowed it seeds, while others nurtured its growth: some moulded its form while others influenced its objects and techniques. Thus, the causes responsible for the birth and growth of the India nationalism were manifold and can be studied as under.

(i) The socio-religious reform movements during the 19th  century India played a significant role in preparing grounds for the growth of nationalism in the country. These movements were basically the attempts to eradiate social evils emanating from the religions as introduced through religious practised in India. The Atmiya Sabha (1815), the Brahmo Samaj (1828) by Rammohan Roy, the Dharma Sabha (1829) by Radhakant Dev, the Tattvabodhini Sabha (1839) by Debendranath Tagore (all these were founded in Calcutta), though Keshab Chandra Sen and Anand Mohan Bose established, the Brahmo Samaj of India and the Sadharan Brahmo Samaj in 1866 and 1878 respectively in Calcutta. The Nirankaris and the Namdharies came up by Dayal Das and Ram Singh in 1840 and 1857 in Punjab. The Manav Dharma Sabha was founded by Durgaram Mancharam in Surat in the year 1844. In Bomaby, the Paramhansa Mandali, the Prarthna Samaj, the Arya Samaj were founded by Dadoba Pandurang, Atmaram Pandurang, Swami Dayanand Saraswati in 1849, 1867 and 1875 respectively. The Veda Samaj was established in Madras in 1864 by Sridharalu Naidu. Darul-ul-Ulam was established in 1866 at Deoband. Though the Theosophical Society was founded in New York by Madam H.P. Blavatsky and Col. H.S. Olcott in 1875 , it became popular in India as well. The Poona Deccan Education Society came up in 1884 by G.G. Agarkar. In Aligarh, the Aligarh movement became popular by Sir Syed Ahmad Khan in 1886 while in Lucknow, the Lucknow Nadwah-ul-Ulama was founded by Maulana Shibli Numani in 1894 . In 1887 Shivnarayan Agnihotri founded the Lahore Deva Samaj in Lahore while Ramakrishna Mission was established by Swami Vivekanand in 1897. These movements helped in one way or the other to regenerate India’s past, eradicate the social evils, spread education, relieve the practised religions of their dogmatic rituals, and went a long way to create an awakening among the Indians which did a lot in the growth of nationalism in the country.

(ii) The historical researches into the history of our country’s past also gave an impetus to the dawning sense of our nationalism. The works of scholars like Princep Bothilingk, of excavators and archaeologists like Alexander Cunningham and Marshall, of the students of literature like Sir William Jones, Max Muller, Jacobi, Coolbrook, Roth and A.B. Keith, opened up the annals of political, social and cultural past of India’s grandeur and this made the Indians feel proud of belonging to such a great civilization that India was in the past. The revelation made out by the European scholars stirred deeply the hearts of the Indians and imbued in them a spirit of nationalism.

(iii) The spread of Western Education through the English language also fostered the spirit of nationalism among the Indians. It eradicated the ravages of ignorant customs and pernicious superstitions; it dealt a blow to the prevailing prejudices; it stimulated thought and emancipated the spirit, it gave to India a common language for political thinking and action. According to K.M. Panikkar, “the uniform system of education throughout India through a single language produced among Indians the like-mindedness, the community of thought, feeling and ideas”. All this, in combination, contributed greatly to the Indian unity and to the emergence of a new sense of nationalism.

The study of English literature implanted into Indian minds the love of liberty. The passionate lyrics of Byron singing praises of love, liberty and freedom, the thought-provoking sonnets of Wordsworth upholding the dignity of mankind and the impressive odes of Shelley preaching revolt against tyranny of priesthood and despotism, awakened the Indians from their age-long torpor and inspired them with new ideas and aspirations. The slogans of liberty and fraternity-so common in the history of English and French literature—_provided them with a spirit which went direct into their heads.

The English language enabled the Indians to learn western political thought and philosophy. They acquired knowledge of modern political concepts such as nationalism, nationality, patriotism and political rights. The political theory of the West, especially of Locke and Spencer, and writings of Mill, Macaulay and Burke had a profound effect on their political thinking.

The English also provided opportunity for the Indians to know about Europe and the new world. They read through this medium the history of France, Germany, Italy, America, Greece and many other countries. They studies the accounts of thrilling events like the French Revolution, the Greek War of Independence and the American Revolution. They also learnt about the various ways of fighting the struggles of independence, all this infused a new confidence and courage among the Indians and made them bold, brave and patriotic.

The English proved useful to the cause of nationalism in another way also. It provided the Indians with a lingua franca (common language) necessitated for the exchange of ideas, concerted action and national unity.

The English educations, thus, gave the Indians a sense of freedom, leavened their minds with regard to sense of justice and imparted in them an English tone of revulsion against oppression. It also welded the natives into one political mass with a community of feelings on Indian subjects. All this gave a new life and vigour to the growing Indian nationalism. (iv) The British administrators, in India, were determined to exploit the economic resources of India to their full advantage. They had, therefore, made our country a market for the sale of the British goods and a supplier of the raw material. They traded in favourable circumstances, manipulated the tariff to their own advantage and hindered the growth of Indian industries by unreasonable restrictions. They also charged excessive land revenue from the peasants. Their policies led to enormous drain of wealth from India to Britain and made our country the poorest in the course of a century. In consequence, more than three-fourths of the people could not secure two square meals a day and almost perpetually lived in a semi-starving conditions. To aggravate the situation, some six appalling famines and a few minor draughts caused uncommon devastation. These unbearable conditions created a great discontent and disaffection which were further intensified by the British policy of keeping India in perpetual subjection. The British statesmen openly declared: “India has been conquered by the sword and shall be maintained by the sword”.

(v) The Englishmen were very arrogant and oppressive in their dealings with the Indian subjects. They did not scruple to denounce them as despised barbarians with hardly any culture and civilization. The average Englishman kept the natives at arm’s length and thought it below his dignity to have any relation with the latter. The doors of the English clubs in India were barred against the anglicized Indians. This social exclusiveness, not unnaturally, wounded the susceptibilities of the Indians. Worse still, the Englishmen often openly insulted and even assaulted the Indians of high rank. The ordinary Indians (particularly the servants of the Englishmen) were administered kicks and beating which sometimes led to their death. This arrogance and cruelty on the part of the English created a strong revulsion against the British oppression and fostered the growth of national unity.