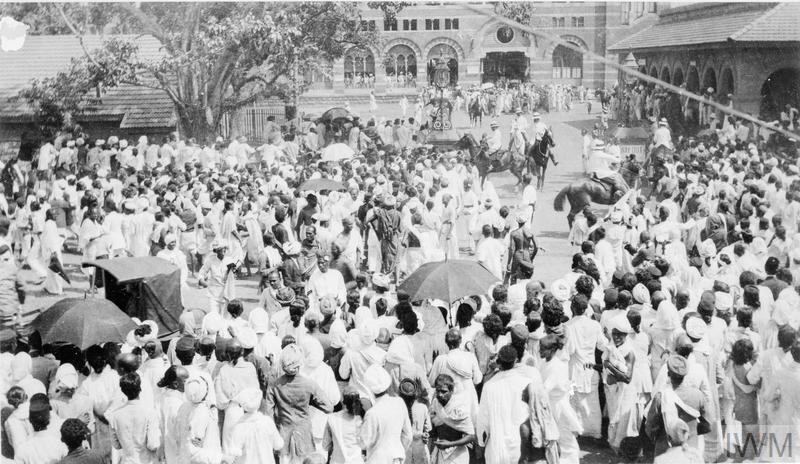 The Madras and Poona Leagues

About a year before the Lucknow session of 1916, Mrs. Annie Besant (an Irish lady who had settled in India since 1893) conceived the idea of starting Home Rule Movement on the Irish model. In her paper New India she made a formal announcement about the Home Rule League on September 25, 1915. But it was formally inaugurated in September, 1916 at Madras. After she had laid the foundation of Madras League, she set up it branches at Bombay, Kanpur, Allahabad, Benaras, Mathura, Calicut, etc. and began an active propaganda by personal addresses and through her two organs New India and Commonweal. She made extensive tours, delivered stirring addresses and distributed vast quantities of propagandist literature. Her superb oratory and matchless literary gifts enabled her to reach the foremost rank in politics in an incredibly short time. Even the moderates who detested her most, writes C.Y. Chintamani, admitted that “she stirred the country by the spoken as well as written word as scarcely as anybody else could do”.

In the meanwhile, Bal Gangadhar Tilak had also taken up the idea of Home Rule League. He, therefore, summoned the conference of the Nationalists of Bombay, Central Provinces and Berar at Poona and with their consultation and co-operation established the Indian Home Rule League on December 28, 1916. Its object was to attain Home Rule of self-government within the British empire by all constitutional means and to educate and organize public opinion in the country towards the attainment of the same. Mr. Joseph Baptist and Mr. N.C. Kelkar were elected its President and Secretary respectively. Tilak himself did not accept any office.

Soon after the formation of the Indian Home Rule League, Bal Gangadhar Tilak undertook extensive lecture tours for instructing masses in Home Rule and exhorting them to become members of the League. He explained Home Rule as a form of government within the British Empire in which the rule of the bureaucracy will be replaced by an administration responsible to the people. His speeches and direct appeals not only brought home the idea of self-government to the people but also made him a hero of the masses. R.C. Majumdar writes, “He earned the epither of Lokamanya and was almost worshipped as a God. Wherever he went, he received a royal reception”.

Joint Efforts of Tilak and Besant

Although there were two Home Rule Leagues of Besant and Tilak, they acted in close co-operation. In consequence, the Home Rule agitation made rapid progress. At the end of first year Tilak’s League alone had 14,000 members and an income of ` 16,000. The Government tried to crush the movement by taking strict measures against its leaders. A case was instituted against Mr. Tilak who was also ordered to furnish a personal bond of ` 20,000 with two securities of ` 10,000 each.

A security of 20,000 was demanded from New India, the daily paper of Mrs. Besant. But these measures could not cripple the activities either of Tilak or of Mrs. Besant, Both of them continued their work with redoubled vigour. The activities of these zealous leaders propagated the idea of Home Rule far and wide and made it practically the only live issue in Indian politics. The movement had its repercussions on the Indian National Congress and infused it with new strength and vigour. After the conclusion of the Congress session of 1916 Tilak and Besant visited many parts of India and addressed largely attended meetings. Many political leaders who had hitherto belonged to the Moderate Party joined the Nationalists in welcoming them. These visits of the Home Rule leaders met with great success and were referred to in the police reports as triumphant tours’. Mrs Annie Besant’s internment in 1917 made the movement more popular and also provoked strong criticism even in Britain and other foreign countries. What surprised most was that the prominent Muslim leaders like Jinnah, and the family of Muhammad Ali joined the movement.

Significance of the Movement

The Home Rule Movement marked the beginning of a new phase in India’s struggle for freedom. It placed before the country a concrete scheme of self-government. It also emphasized the point that if the Congress really wanted to achieve its goal it must cease to be a club of armchair politicians taking to public work only to the extent to which their leisure permitted them; instead it should be guided by leaders who were prepared to place their whole time and energy at the service of their country. The new ideal of a political leader soon commended itself to the whole county and develop a new standard of public life. The movement also emphasized that the entire national resources must be utilized to attain freedom and all national efforts should be geared to this one specific purpose. The Home Rule Movement was also significant in so far as it ousted the moderates form the political field which they had dominated till the return of Tilak to active politics in 1914. It also showed Tilak at his best-a sincere, fearless, unbending patriot who fought for his country with an uncommon zeal, without caring for the onslaughts of the Government.