Montagu Declaration and The Government of India Act, 1919 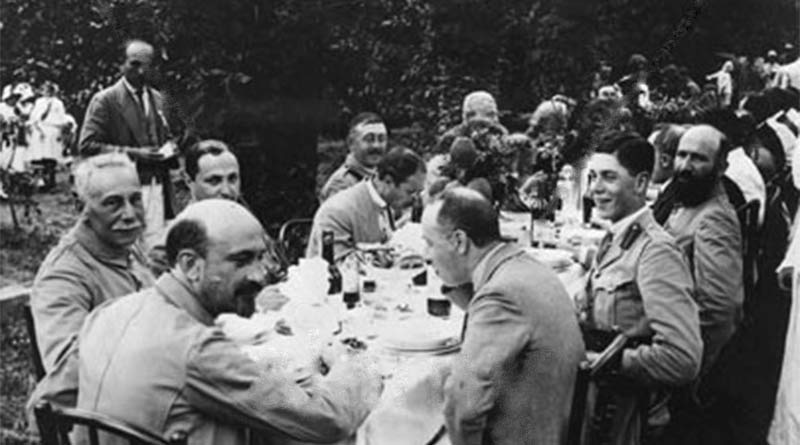 The historic declaration of August 20, 1917 was not the result of the benevolent intentions of the British authorities who doubted the very success of responsible government in India. Nor was it purely the reward of the Indians’ magnificent services in the First Great War. It was, on the other hand, the cumulative result of the various developments which had made it imperative for the British to make an immediate and definite declaration of their policy towards the Indian problem. During 1913-1917 the event of great political significance had occurred in India. At the historic Lucknow session of 1916, the Moderates and Extremists had been reunited; the rapprochement between the Hindus and the Muslim had also been secured; and the Home Rule Leagues had galvanized the Indians to political action. As a result of these healthy developments in India, the political agitation had assumed a more constructive form, concentrating on extracting the maximum concessions from the Government. Besides, the war situation in Europe had reached a most critical state. In the opinion of the British Government, it was imperative that the trouble in India should not develop and that the Indians should be induced to give more and more help as a reward of war.

In view of this nationalist feelings in India and pressure, came Montagu’s declaration of August 20, 1917. The declaration says: “The policy of His Majesty’s Government, with which the Government of India is in complete accord, is that of the increasing association of Indians in every branch of administration with a view to the progressive realization of responsible government in India as an integral part of the British Empire. I would add that progress in this policy can only be achieved by successive stages. The British Government and the Government of India, on whom the responsibility lies for the welfare and advancement of the Indian people, must be the judges of the time and measure of each advance and they must be guided by the co-operation received from those upon whom new opportunities of service will thus be conferred and by the extent to which it is found that confidence could be reposed in their sense of responsibility.”

The declaration’s major features can be summed up as:

(a) The self-government within the British Empire was the goal of the British rule in India.

(c) The successive stages were to be determined on the basis of the progress made by the Indians.

(d) The British Parliament and the Government of India were to determine the time and measure of each advance. The declaration was important in so far as it made clear the future policy of the British rule in India, one which was related to the creation of responsible government. The policy was revolutionary in the sense that it gave the Indians to look forward to some objective. The declaration symbolized a marked change in the British policy towards India. It stated not only the ‘ends’ but also gave the formula to attain them, i.e., through successive stages, i.e., slowly and gradually. And yet, the declaration was disappointing. The ‘responsible government’ idea was vague: nobody save the British government in Britain knew what the idea implied; it promised something which the giver only knew when and how it was to be granted; it was based on the idea that ‘liberty’ was there only for those men and women who are fit for liberty.

The Government of India Act, 1919, or what was also called the Montford reforms, was based on the Montague declaration of August, 1917. It was through this Act that dyarchy was granted which was not only impracticable but was based on the false idea that the government could be divided into different parts. It gave the executive heads (Governor-General at the Centre, and the Governors in the provinces) discretionary powers. It provided the legislatures with no definite legislative/ financial powers — — the legislative bodies framed on restrictive and discriminatory franchise.

The 1919-Act was not received happily by the Indians. Except a section of the moderate nationalists, all others bitterly denounced it. The people, in general, felt deceived, for all promises, made during the World War I, were not kept, accusing, thus, the Britishers of being both thankless and hypocritical.