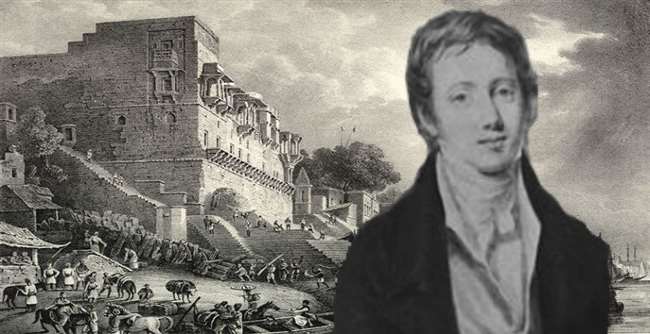 It was the curiosity and methodicalness of British oriental scholars of the nineteenth century that finally helped to rescue Emperor Ashoka from obscurity. The most important contribution to the de-mysti#cation of both Ashoka and Buddha came from the work of James Prinsep (1798–1839), a gifted engineer, draughtsman and numismatist (Allen 2002: 140–99; Allen 2012: 120–81; ODNB 2004: Vol. 59, 570–2). A man of great energy and enthusiasm, he was admired by all who came to know him, as can be witnessed in Excerpt 6.3 below.

The early British scholars had come across the Ashokan pillar and rock edicts, but had been unable to decipher the Brahmi script of the inscriptions. Most literature in ancient India was transmitted orally. Leaving aside the Harappan script, which remains undeciphered and therefore unintelligible, the first written documents of India were the Ashokan edicts of the third century BCE, carved in two principal scripts of Kharoshthi and Brahmi.

By the third century BCE, Brahmi had become the dominant script, which means that its earliest development must be traced back at least 500 years, to the eighth century BCE. It is from Brahmi that the scripts for the varied languages of both the Indo-Aryan family and the Dravidian family of languages came to be developed (Fischer 2005: 105–20). It was Prinsep who was able to break the code of the Brahmi script after carefully studying the script of certain rock and pillar edicts and comparing it with that on a gateway of an important Buddhist stupa, that at Sanchi in Central India. The Mauryan coins that were being discovered at this time were also to prove useful in establishing some pattern in the inscriptions (Prinsep 1858: Vol. 2, 1–34, 55–101).

The diverse data collected was then coordinated with the huge amount of information from Sri Lanka that became available after the translation of a major Buddhist text, the Mahavamsa or the Great Dynastic Chronicle, by another Englishman, George Turnour, in the early 1830s. The first major breakthrough came with the deciphering of the opening sentence in all the edicts, which proclaimed: ‘Devanamapiya piyadasi laja hevam aha’, meaning literally: ‘Beloved-of-the-Gods, beloved king, spake thus’, commonly translated as: ‘ us spake King Piyadasi, Beloved of the Gods’. Prinsep’s work also clarified the confusion caused by the factfithat there had been a king of Sri Lanka called King Devanamapiyatissa, who had been converted to Buddhism through the efforts of the Indian king Dharmashoka, the wheel-turning monarch of India.

Prinsep stated conclusively that Devanamapiya piyadasi referred to Dharmashoka, not to King Devanamapiyatissa of Sri Lanka. The final deciphering of the script in 1837 and the identification of the name of Ashoka within the text of a number of edicts were Prinsep’s crowning glory. Like Sir William Jones, he helped to greatly expand our knowledge of Indian history.