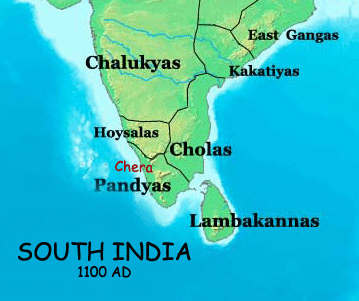 The Emergence of Tamil literature in the Sangam Period

Tamil had become a well-developed language with its own system of writing and literary use, by the third century B.C. The earliest confirmation of the tradition of writing in the language comes from the Tamil Brahmi inscriptions in the Jain and Buddhist caves from the Tamil Brahmi hills. However it is the Tamil heroic poems, popularly called the Sangam literature, which constitute the major element of the old Tamil literary tradition.

The Tamil heroic poems are called the Sangam literature since they were collected and classified by the Sangam which was an academy of scholars. However the poems themselves predated the Sangam. Tradition asserts that there were originally three Sangams among which the work of the last one alone has survived. It is believed that the Sangam was constituted of literary scholars. They signify the tradition of bards who roamed about singing the praise of their patron chiefs.

Sangam writings are unique in early Indian literature, which was often largely religious. These poems are concerned with two main subjects: those of the first five collections are on love ( akam), and those of the next two are on heroism, including the praise of kings and their deeds. Paripatal, the eighth collection, contains poems of both types. Many of the poems, especially on heroism, display great freshness and vigour and are singularly free from the literary conceits found in much of the other early and medieval literatures of India.

Despite interregional conflicts, local autonomy was preserved to a far greater degree in the south, where it had prevailed for centuries. The absence of a highly centralised government was associated with the corresponding local autonomy in the administration of villages and districts. Extensive and well documented overland and maritime trade flourished with the Arabs on the west coast and with South-East Asia. Trade facilitated cultural diffusion in South-East Asia, where the local elite selectively but willingly adopted Indian art, architecture, literature and social customs.

The inter-dynastic rivalry and seasonal raids into each other’s territory notwithstanding, the rulers in the Deccan and South India patronised all three religions – Buddhism, Hinduism and Jainism. The religions vied with each other for royal favour, expressed in land grants, but more importantly in the creation of monumental temples, which remain architectural wonders even today. The cave temples of Elephanta island (near Mumbai), Ajanta and Ellora (in Maharashtra) and structural temples of Kanchipuram (in Tamil Nadu) are enduring legacies of otherwise warring regional rulers. By mid seventh century Buddhism and Jainism began to decline as the sectarian Hindu devotional cults of Shiva and Vishnu vigorously competed for popular support.

Although Sanskrit was the language of learning and theology in South India, as it was in North, the growth of bhakti movements enhanced the crystallisation of vernacular literature in all four major Dravidian languages: Tamil, Telugu, Malayalam and Kannada; they often borrowed themes and vocabulary from Sanskrit but preserved much of the local cultural lore. Examples of Tamil literature include two major poems, Silappatikaram and Manimekalai the body of Shaivite and Vaishnavite-Hindu devotional movements, devotional literature and the reworking of the Ramayana by Kamban in the 12th  century.