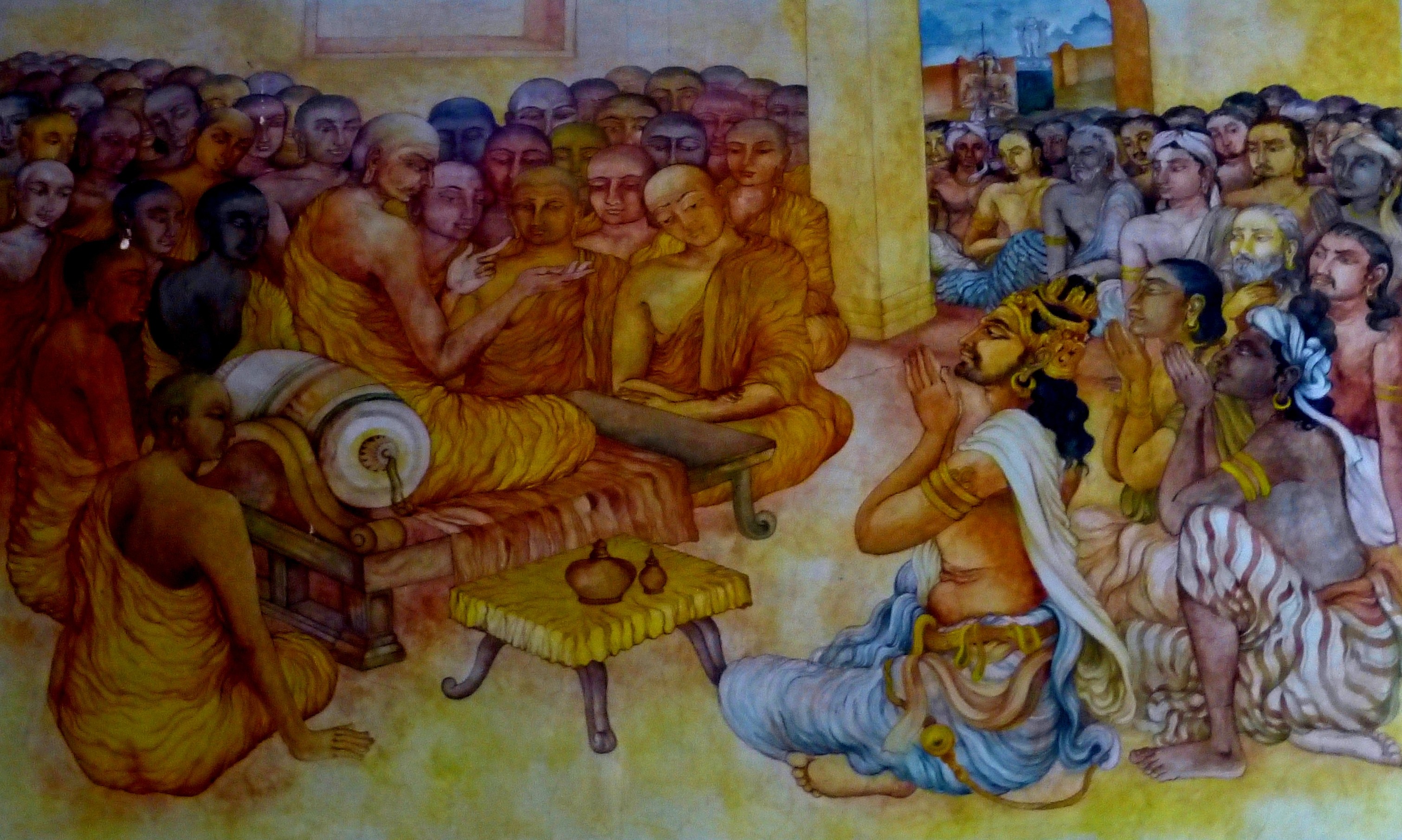 Several Buddhist councils were held to decide on the texts of scriptures and to settle doctrinal disputes. The first council, held at Rajagriha, is said to have taken place during the first rainy season following the Buddha’s death. Compilations were made of the Buddha’s rules of vinaya (monastic discipline), under the direction of the elder Upli, and of the sutras, under the direction of Buddha’s disciple nanda.

The entire assembly of 500 monks then recited the approved texts. Some scholars deny that the Council of Rajagriha ever took place. The second council was held at Vaishali, a little more than a century after the Buddha’s death. This is considered a historical event. It was called to settle a dispute regarding the relaxed rules of discipline followed by the monks of Vaishali.

According to the Sri Lankan Theravada tradition, the assembled council of monks was split between those who supported the relaxed practices of the Vaishali monks and those who were opposed to them. A majority of the council voted against the Vaishali rules, whereupon the defeated minority of monks withdrew and formed the Mahasarika school. The list of 10 disputed practices dealt with such questions as the storing of salt, eating or begging after the prescribed hours, and accepting gold and silver as alms.

Accounts of the rift between the Mahasarikas and the Theravadins give significance also to doctrinal differences on the nature of the arhat (a perfected one who has attained nirvana). The third council, held during the reign of Ashoka at Pataliputra, in about 247 B.C., may have been confined to an assembly of the Theravadas. By then the faithful had been divided into schools and subschools, holding different interpretations of monastic discipline; it thus became difficult for monks of separate schools who presided, to hold together the fortnightly uposatha ceremony, which required prior confession by monks of any breach of discipline.

This difficulty may have prompted the convening of the third council. Those monks who failed to declare themselves vibhajyavadins (adherents of the “doctrine of analysis”) were turned out of the assembly. The chronicles of the Sarvashtivada school do not mention the council of Ashoka. The council that they speak of as the third—and about which the eravadas, in turn, are silent— was held during the reign of Kaniska at Jalandhara (according to some sources, in Kashmir). The uncertainty of Kaniska’s dates makes the dating of the council equally difficult, but it may have been held in about 100 A.D. e renowned scholar Vasumitra was named president of the council, and according to one tradition, commentaries on the scriptures were composed under his direction and copies were in stupas.