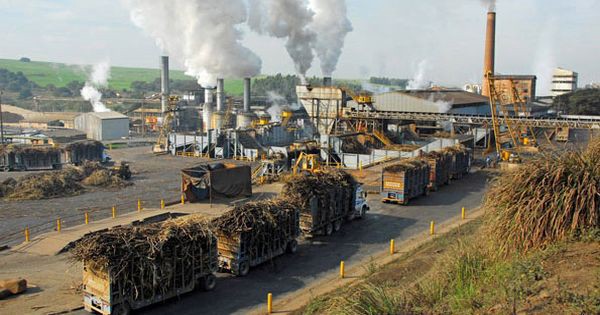 Synthetic textiles have become very popular due to their durability, low cost, fast colour and wrinkle free fabrics. This industry made a humble beginning between 1925 and 1935 when the cost of pure silk fabrics became exorbitant. The powerlooms and handlooms had been using imported breed till 1950 when a factory was established by Travancore Rayons Ltd. at Rayapuram in Kerala to manufacture synthetic breed. This was followed by National Rayon Co. at Mumbai and the Sirsilk Ltd, at Hyderabad. By 1960, Century Rayon Ltd. at Kalyan (Maharashtra), the Gwalior Rayon Silk Manufacturing Company at Nagda were also commissioned. At present most of the synthetic breeds are produced by cotton weaving mills. The growth of petrochemical industry has facilitated the availability of raw material and scope for growth has increased considerably. Mumbai, Ahmedabad, Delhi, Surat, Kolkata, Amritsar and Gwalior are the main centres of synthetic textile production.

India has a long tradition of manufacturing figure and khandsari although modern sugar industry started only during the first decade of twentieth century. At present, this is the second largest agro-based industry of India after cotton textile industry. This industry provides employment to 4 lakh workers. In addition, 2.50 crores sugarcane growers also get benefit from this industry. Sugar industry in India is based on sugarcane which is a weight-losing raw material. Sugarcane cannot be stored for long as the loss of sucrose content is inevitable. Besides, it cannot be transported to long distances because any increase in transportation cost would raise the cost of production and the sugarcane may dry on the way. It is estimated that 50% cost of production is accounted for by sugarcane alone. Normally, it requires about 100 tonnes of sugarcane to produce 10 –12 tonnes of sugar. Even today, most of sugarcane is transported with the help of bullock carts and cannot be carried beyond 20–25 km. The introduction of tractor-trollies, trucks and even railway wagons have increased the distance covered by sugarcane to 70–75 km beyond which the transportation cost would increase exorbitantly. Therefore, the sugar industry is established in area s of sugarcane cultivation.

Distribution of Sugar Industry in India

There are two distinct regions of sugar industry in India. One of the sugar producing regions is in the northern part of the country where Uttar Pradesh and Bihar are the main produces. Punjab, Haryana, Rajasthan and Gujarat also produce sugar. e other region is in south India where Maharashtra and Tamil Nadu are the chief producers. Sugar is also produced in Karnataka and Andhra Pradesh states in south India.

There are two distinct regions of sugar production in Uttar Pradesh. One region is the Ganga-Yamuna doab in western Uttar Pradesh where Saharanpur, Muzaarnagar, Meerut, Ghaziabad, Baghpat and Bulandshahar are the main producing districts. Moradabad and Bijnor are also important producers in western U.P. The other is the Tarai region in the eastern part of the state where Lakhimpur Kheri, Gorakhpur, Deoria, Basti, Gonda, Sitapur, Behraich and Faizabad are important sugar-producing districts. The belt of eastern Uttar Pradesh extends further east in Bihar and the districts of Darbhanga, Saran, Champaran and Muzarpur, Siwan, Gaya are included in this belt.

In peninsular India, Maharashtra is the most important state. Maharashtra has about 20% of India’s sugar mills producing about one-third of India’s sugar. Most of the sugar mills of Maharashtra are coned to a narrow belt extending from Manmad in north to Kolhapur in the south. Ahmednagar is the largest centre. The other major centres are: Kolhapur, Sangli, Solapur, Pune, Manmad, Satara and Nashik. Tamil Nadu has more than thirty mills, most of which are located in Coimbatore, North Arcot Ambedkar, South Arcot Vallalor and Tiruchirapalli. Karnataka’s mills are located in Belgaum, Mandya, Bijapur, Bellary, Shimoga and Chittradurga districts. Majority of the sugar mills of Andhra Pradesh are concentrated in East and West Godavari, Krishna, Vishakhapatnam, Medak and Chittoor districts. Nizamabad of Telangana also has sugar industry.