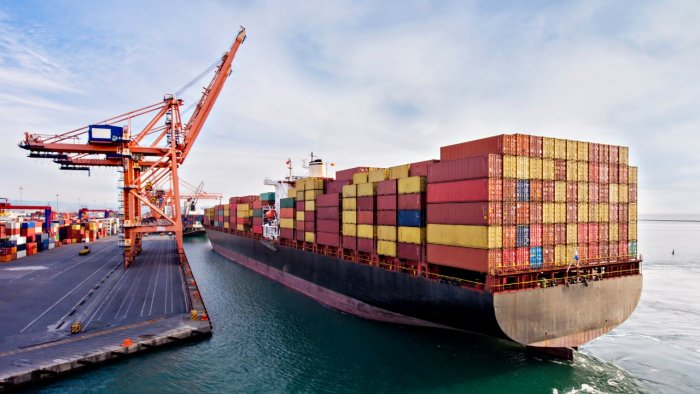 Ocean routes provide cheaper and easier mode of transportation of bulk commodities and are the main channels of international trade.

Following are some important ocean routes:

Rivers, canals and lakes are the main medium of inland waterways. These were very important means of transport in old days, but they have lost much of their significance with the advent of roadways and railways.The navigable water bodies are coned to the following areas:

France, Germany, Belgium, the Netherlands, United Kingdom and European Russia are some of the countries of Europe which have developed inland waterways. A well-knit close network of inland waterways has been developed along the rivers Rhine, Rhone, Seine, Meusc, Weser, Ems, Elbe, Oder, Denube, Dnieper, Don, Volga etc. Most of the rivers are interconnected through canals. One can travel through rivers and canals from the Mediterranean Sea to the North Sea.

Inland waterways are comparatively better developed in China and India than other parts of the continent. China has many large rivers but some of them, especially in the eastern part, are more developed for water transport. The He, Chang, Jiang rivers are navigable.

Following five have been declared as national waterways:

The Amazon river with its tributaries provides about sixty thousand kilometres of navigable routes. Ships can reach Manaus, 1,600 km upstream, while river steamers can ply in the river upto Iquitos in Peru which is 3,680 km from the Atlantic Ocean in the east. Parana is navigable for ocean vessels upto Santa Fe, located at a distance of 240 km. Paraguay provides accessibility to river steamers upto Asuncion.

Major navigation canals of the world