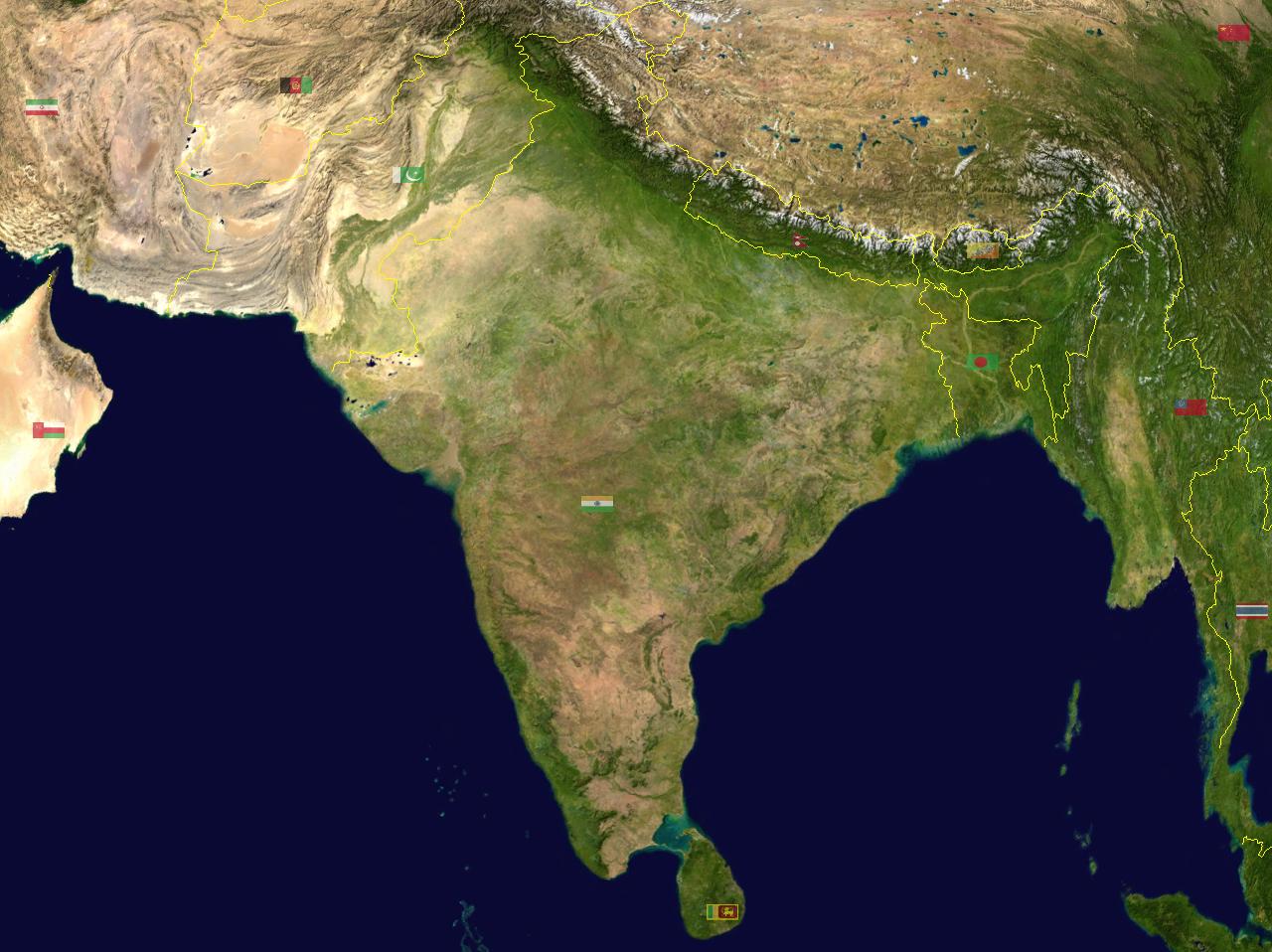 India extends from 8° 4´ north to 37° 6´ north latitude and 68° 7´ east to 97° 25´ east longitude. us, its latitudinal and longitudinal extent is about thirty degrees. Away from the mainland of India, the southernmost point of the country in the Andaman and Nicobar Islands, the Indira Point is located at 6° 45´ north latitude. Its north-south extent from Kashmir to Kanniyakumari is 3,214 km while its east-west width from the Rann of Kachh to Arunachal Pradesh in 2,933 km. India’s territorial limit further extends towards the sea upto 12 nautical miles (about 21.9 km) from the coast. (One nautical mile = 72,960 inches). The longitudinal difference between Saurashtra in the west and Arunachal Pradesh in the east is about 30°. Since Arunachal Pradesh is towards the east, it will have sunrise about two hours before the sunrise at Saurashtra.

Length of India’s border with neighbouring countries in kms

Survey conducted by using Global Positioning system in 2013 has revealed that Indo-Nepal border is 1868 km. However, also have been told to use 1752 km length for the time being.

The mainland of India has 6,100 km coastline which is its sea frontier. If the coast-lines of Andaman and Nicobar Islands as well as those of the Lakshadweep Islands are added, the sea frontier of India stretches to 7,517 km. Obviously, India is a vast country. With a total population of over 121 crore according to Census of India 2011, India is the second largest country in the world with respect to population, next only to China (134 crore), South of the 22° north latitude, the Indian Peninsula tapers towards the Indian Ocean and divides it into two parts. The western and the eastern parts are known as the Arabian Sea and Bay of Bengal respectively. These seas have played a significant role in strengthening the trade and cultural contacts of India with Africa, South-west Asia and South-east Asia. However, at other times, these seas have acted as barriers to human interaction.