The Rise Of Magadha To Dominance 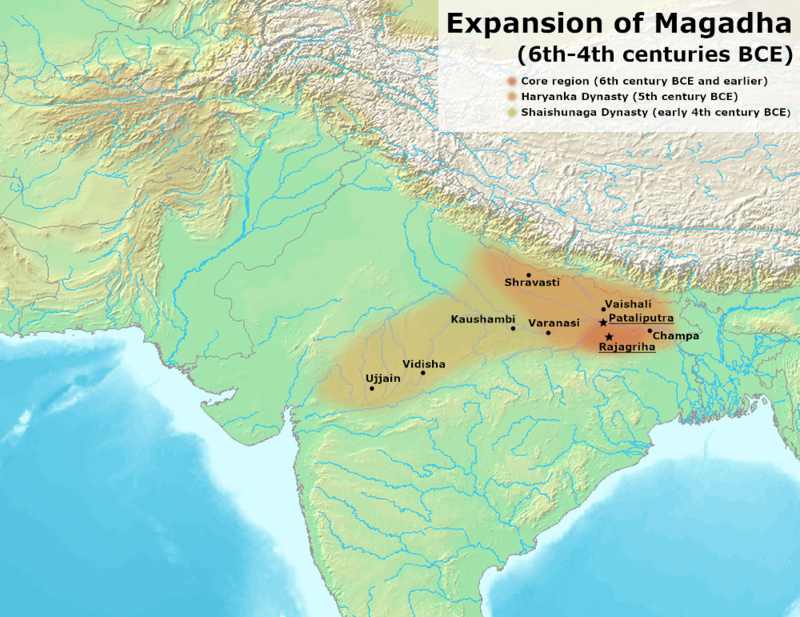 Between the sixth and the fourth centuries B.C., Magadha (in present-day Bihar) emerged as the most powerful of the mahajanapadas. Several factors appear to have influenced this development.

However, Buddhist and Jain writers who wrote about Magadha also attributed its powerful status to the policies of some exceptional individuals. These included ruthlessly ambitious kings like Bimbisara, Ajatasatru and Mahapadma Nanda as well as some notable ministers, who helped implement their policies.

Initially, Rajagriha (identified with present-day Rajgir in Bihar) was the capital of Magadha. Rajagriha was a fortified settlement, located amongst hills. Later, in the fourth century B.C., the capital was moved to Pataliputra (the site of modern Patna), commanding routes of river communication along the Ganga.