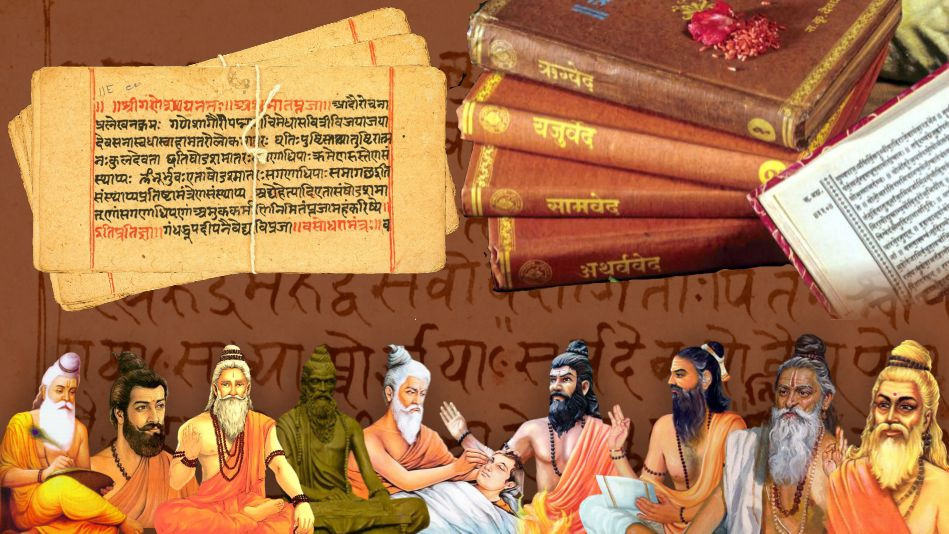 The literature of this period is divided into two parts the first, Shruti (all the four Vedas) and the second, Samhita (Apurusheymayam).

Rig Veda: This is the first and most important of the Vedas and the first text in world literature. It is also the first specimen of writing in Indo. European languages. It consists of 1028 verses, divided into 10 chapters. Its main theme is prayer. It defines India as Bharat and Jambudweepa. Hotri is the priest who recites the verses of the Rig Veda.

Sam Veda: This deals with chchendus (metre or volume). It is composed in the form of ragas. Thus it became the basis of Indian music tradition (sangeet shastra). It is recited by the priests called udgatar.

Artharva Veda: For a long time it was not considered a Veda at all. It’s completely the work of non-Aryans. It deals with witchcraft, magic and invoking evil spirits. However Indian medicine (ayurveda), mathematics (ganita shastra) and geometry (rekha ganita) were part of the Atharva Veda. No priest is associated with this Veda.

The Brahamans deal with ceremonies and rituals. Aranyakas deal with forest life. Upanishads are the last portion and so are also called the Vedanta. They deal with metaphysics. They are 108 in number and are the richest source of Indian philosophy.

Of the six vedangas, Kalpa is the most important, full of formulae, and is divided into three parts.

‘Om’ is the most sacred of sounds in Hinduism and is said to be the syllable that preceded the universe. According to
Hindu mythology, the gods were made from ‘Om’, which is a cosmic vibration that holds the heavens together. Because of its sacred nature, ‘ Om’ precedes all Hindu prayers and is also used as the final exclamation, similar to ‘Amen’ in Christianity.