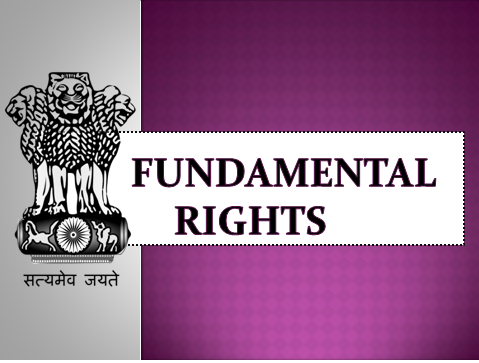 The list of fundamental rights given in Part III is fairly exhaustive, illustrative of all the democracies of the world. Equality, liberty, religious freedom, exploitation-free society, and the like are some examples of our fundamental rights. Secondly, the fundamental rights as given in Part III, including each one of them, are not just empty, vague and words: each right specifies as to what it contains: equality, for example, means equality before law, equal opportunities, equality of status, absence of inequalities such as abolishing all titles. Likewise, liberties include freedom of speech, expression, assembly, forming unions and cooperative societies, movement, residence and the like. What, it means is that our fundamental rights are specific and particular, meaningful, and purposive. Thirdly, the fundamental rights, as given in Part III, are not meant to attract the people’s imaginations—to have every right under the sky, but have only such rights as can be made practicable, i.e., to be able to give them a reality, under the objective conditions available in the society.

Fourthly, the fundamental rights have been provided as facilities, conducive conditions, social claims helping to promote the development of human personality on the one hand and prohibit the state/government not to obstruct individuals’ path of development: “The aim is to prescribe facilitating conditions for the individuals, and to proscribe the government/state to stay away from the individuals so that they are able to march ahead towards their advancement: Fundamental rights are, therefore, both positive and negative: Fifthly, fundamental rights have been projected as limitations and restrictions on the powers of the state/government—both  the legislatures and executives: i.e.; “They cannot make laws, violating Part III of the Constitution—declaring thus, any such  law contrary to rights as contained in Part III, is to be declared void.

Sixthly, the fundamental rights make a distinction between ‘persons’, i.e. non-citizens and ‘citizens’. In some rights, the word ‘person’ is used (Article 14, clauses 3, and 4 of Article 18, 20, 21, 22, 25, 27) while the word ‘citizen’ is used in Articles 15, 16, 18(2), 19, 29(1) (2). Seventhly, right to education has been made a fundamental right under Article 21A. Eighthly, the Supreme Court has through its numerous decisions, widened the scope of right to life under Article 21. Ninthly, certain fundamental rights except under 20 and 21 cannot be suspended even during emergencies. Tenthly, certain Articles, such as 16(3), 32(3), 33, 34 are enforced only by the law of the Parliament, and not of the any state legislature. “There is a varying criticism against the fundamental rights. It is usually pointed out that there are more restrictions on the fundamental rights than there are rights conferred on the people. “Though exhaustively stated, the chapter on  fundamental rights does not contain a single right, termed as ‘social’ or ‘economic’ in content. Jennings condemns the legalistic language used in the chapter: ‘lawyers’ paradise, beyond the comprehension of an average man.’

Despite free legal aid, the whole legal procedure is so expensive that people usually choose to stay away from the courts. And yet, we cannot ignore the importance of fundamental rights: the fundamental rights have been very aptly described as the Magna Carta of the liberties of the Indian people; they provide check on the legislatures and executives: they protect the rights and interests of the people, minorities in particular: they help establish rule of law and democratic system in the country, and with judicial activism, the courts seem sometimes mightier than the State.