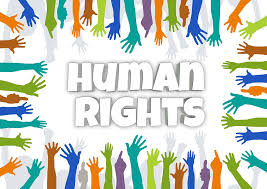 The State shall not deny to any person equality before the law or the equal protection of the laws within the territory of India.

It is an Article from which emerges a right which belongs to ‘any person’, i.e., be he a citizen, a national, a local, or even a foreigner: an injured individual is ‘any person’, he may be a citizen or a non-citizen—the hospital where the injured is admitted has to treat him accordingly; the doctors attending the injured need not give any preferential treatment to a foreigner because he is an alien, and the citizen must not be put in the waiting because he is a citizen—a local who can afford to wait. All persons, in the eyes of Article 14, are equal before law (none to be discriminated) or all deserve equal protection of the laws (laws have to protect people or persons alike): But this does not mean that a person ‘A’ is to have preferential admission in the university because he/she is the son or daughter of a university staff —if he/ she does so, it is a case of violating Article 14 (Parveen Hans v. Registrar, 1990).

Likewise the foreigners who illegally enter another country (as did the Bangladeshi by violating the Foreigners Act, 1946, and Illegal Migrants Act, 1983) and begin staying/enjoying citizen’s benefits like the citizens cannot demand equal status/equal opportunities under Article 14 of the Constitution. Socially and educationally weaker sections of society and in the case of Sarbanand Sonowel v. Union of India—2005 the Supreme Court held: “It is the foremost duty of the classes as listed in (iv) and (v), especially in educational Government to protect its borders and prevent trespass facilities by foreign nation …”.

Prohibition of discrimination on grounds of religion, race, caste, sex, place of birth

The State shall not require special treatment. So do the weaker sections discriminate against any citizen on grounds only of society too require special facilities on reason religion, race, caste, sex, place of birth, or any of them.

16(1); No citizen shall, on grounds only of religion, for the advancement of any socially and educationally race, caste, sex, descent, place of birth, residence or backward classes of citizens or for the Schedule Castes or any of them, be ineligible for, or discriminated against the Scheduled Tribes in so far as such special provisions in respect of, any employment or founder the State, relate to their admission to educational institutions socially and educationally weaker sections of society and that the state can provide special facilities to backward classes as listed in (iv) and (v), especially in educational facilities. It may be noted that women and children, being disadvantageous on reasons of physical structure, require special treatment. So do the weaker sections of society too require special facilities on reasons of their being socially, economically, educational backwardness for a long time in history. “The argument is not a case of reservation as it is that of affirmative action—though reservation of seats have been provided to the weaker sections of society. Sexual harassment of working women amounts to violation of women’s rights under Article 15 (Vishaka v. State of Rajasthan, 1997). And yet, it may be stated that by merely marrying a scheduled caste/scheduled tribe person, one does not become a scheduled caste/ scheduled tribe himself (Meera Kanwaria v. Sunita—2006), but the children of either father or mother who is of a scheduled caste/a scheduled tribe category can claim the benefits given to such classes (M.S. Valsala v. State of Kerala—2006).