Right to freedom of religion 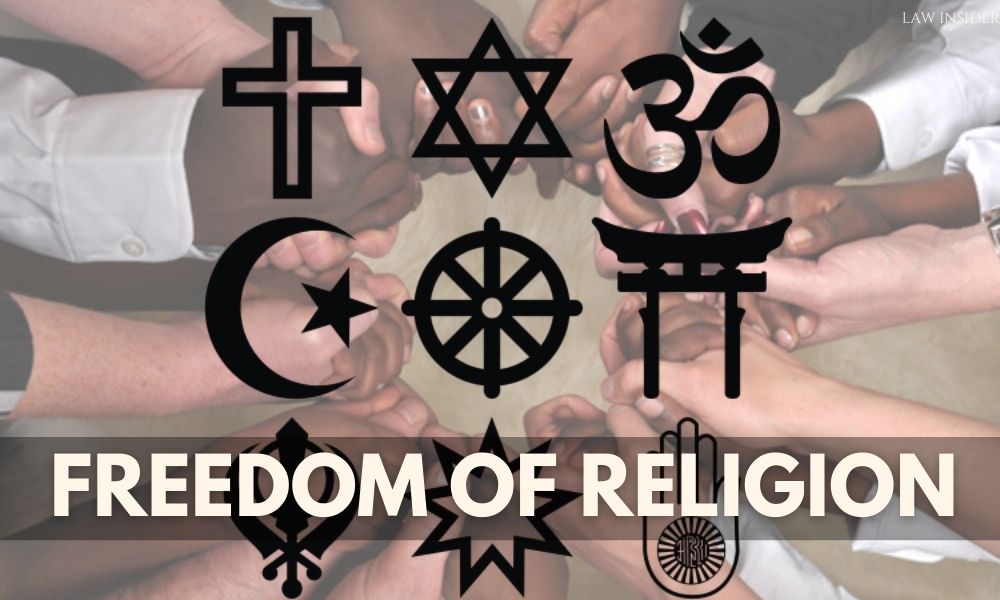 “Though 42nd amendment (1976) had added words such as ‘socialist’ and ‘secular’ in the Preamble, the character of Indian state as a secular one was and in fact, is well-known. In S.R. Bommai v. Union of India, 1994, the Supreme Court had held that “Secularism is a basic feature of the Constitution”. Accordingly, the State in India treats all religions equally and with equal respect, while the individual is free to profess and propagate any religion, he/she likes. Article 25 guarantees to every person the freedom of conscience and religion and the right to profess, practise and propagate his/her religion, subject to public order, morality, and health, and to the other provisions of Part III. However, the State can make laws in (a) regulating or restricting any economic, financial, political or other secular activity which may be associated with religious practices (b) providing for social welfare and reform or the throwing open of Hindu religious institutions of public character to all classes and sections of Hindu society (Article 25 (2a, b).

No religious instructions can be given in any state-run educational institution, nor any religious ritual imposed. “The Supreme Court even held that no one can be compelled to sing the National Anthem (Bajoe Emmanuel v. State of Kerala, 1984) if he/she has genuine, conscientious religious objections. “The State can acquire places of worship like mosques, churches, temples etc. in exercise of its sovereign power, if it is necessary for maintaining law and order (Ismail Faruqui v. Union of India, 1994; Gulam Kadar Ahmadbhai Menon v. Surat Municipal Corporation, 1998). Noise pollution in the name of religion is not allowed (Church of God – Full Gospel – India v KKRMC Welfare Association, 2000). Charity cannot be said to be an integral part of any religion (See John Vellamattom v Union of India, 2005). Nor is honour killing on whatever season, comes under the freedom of religion (See Bhahwan Das v Union of India 2011).

“Though, individual’s right to profess, practise and propagate has been guaranteed by the Constitution, but forced conversion of religion is not permitted. “The practice and the propagation of one’s religion are allowed but not the tandava dance carrying lethal weapons and human skulls (Anand Marga Case, 1984). Likewise, the slaughter of cows on Bakr-id is not an essential part of Mohammadan religion (Mohd. Hanif Quareshi v. State of Bihar, 1958). Indeed, the state can regulate social, economic, political secular activities associated with religious activities. “The State can make laws for social welfare and social reforms (see State of Bombay v. Varasu Bapamali, 1953, prohibiting polygamy in Hindu religion, prohibition of Sati or system of Devadasi: see Saifuddin v. State of Bombay, 1963).

Article 26 states that, subject to public order, morality and health, every religious denomination or section thereof shall have the right

(a) To establish and maintain institutions for religious and charitable purposes;

(b) To manage its own affairs in matters of religion;

(c) To own and acquire movable and immovable property; and

(d) To administer such property in accordance with the law.

Article 26 is the right of the ‘organised body’ such as the Hindu body or the Sikh body or the Muslim body. In Azeez Bashu v. Union of India – 1968 (also St. Stephen’s College v. University of Delhi, 1992), the apex court held that the Aligarh Muslim University was not established by the Muslim minority and therefore, the Muslim community was not authorised to “maintain” it. “The university was established by the law of the Parliament. With regard to the administration of the religious property, the apex court made it clear in the case of Rati Lal v. State of Bombay, 1954 that managing the property of a religion is different, (and is, in fact, a fundamental right) than managing the affairs of the religion.

Article 28 : No religious instruction shall be provided in any educational institution wholly maintained out of state funds [Article 28(1)].

Nothing in clause shall apply to an educational institution which is administered by the State but has been established under an endowment or trust which requires that religious instruction shall be imparted in such an institution [Article 28(2)].

No person attending any educational institution recognized by the State or receiving aid out of State funds shall be required to take part in any religious instruction that may be imparted in the institution or to attend any religious worship that may be conducted in such an institution or in premises attached thereto unless such persons or, if such a person is a minor, his guardian has given his consent thereto [Article 28(3)].