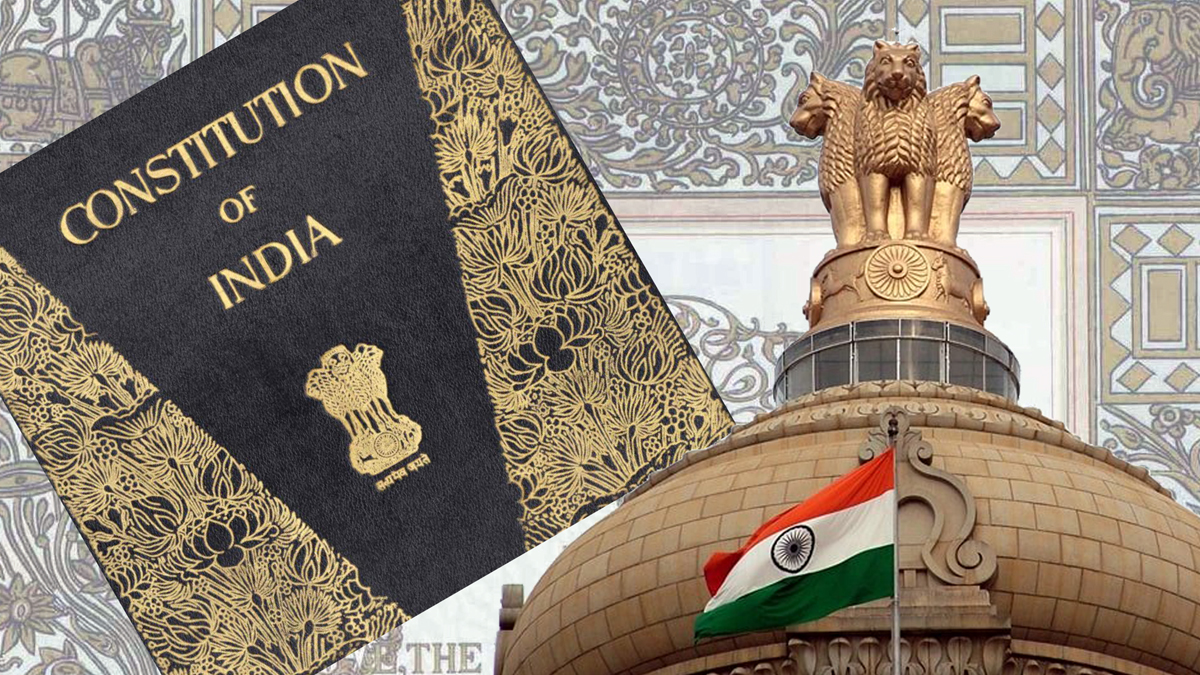 A careful reading of the Constitution of India as also of its polity reveals that the spirit of our polity is not federal, but is, in fact, unitary. The unitarian tendencies, as highlighting centralizing features, in the Indian polity, can be, briefly, stated as under:

Subject to the recommendations of the President, on the basis of views entertained from the concerned states(s) the Parliament can alter, increase, diminish the areas/ boundaries and names of the state(s) (Article 3).

The residuary powers, not included in any of the three lists of the seventh schedule (such as computer and information and technology), on which the Parliament can make laws, are vested in the Union Government.

The Parliament can make legislation on any subject in the State List in the national interest if the Council of States passes a resolution by not less than two-thirds of the members present and voting declaring that a particular subject of the State List has become a matter of national importance (Article 249(1)) for the period specid in the resolution.

The Parliament can make law on any subject of the State List during the period of emergency (Article 250(1)).

Articles 256 and 257 demand from the States to exercise their executive powers in such a way that it does not go against the directions issued by the Union and that the Union government would have powers to send the States directions related to the construction and maintenance of communication declared to be of national or military importance. Another article 365 empowers the President to take over the administration of the States in case the latter fails to comply with or to give effect to the directions of the Union government.

Article 258 empowers the Union to confer/entrust powers to the state authorities/officers to which the executive power of the Union extends.

The President has been authorized to establish inter state councils to promote common interest, and the Parliament has been empowered by law to adjudicate any dispute with respect to the use, distribution and control of the waters (Articles 263, 262).

Notwithstanding the provisions related to the distribution of revenues/taxation, the Union government, through the law of the Parliament, may give grants to the states for development of projects/schemes (Article 275(1)).

In matters related to the amendments, the Parliament has major share of power: it participates in every amendment while the States (that too, only one-half of the States) participate in amending those provisions which are listed in Article 368 of the Constitution; the States’ initiative in proposing amendments is limited to a couple of matters (especially, abolition or retention of the legislative council).

The representation of the States (federating units) in the Council of States is unequal: the larger States have larger representation and the smaller States, smaller (fourth Schedule). Numerous provisions related to all-India services, uniformity in administration, integrated judiciary and the like go on to favour the Union government.

Planning Commission, making the plans is under the control of the Union on which most of states depend for favour. The BJP led NDA government is planning to do away with the planning commission.

Deviations from the Federal Path:

India’s Case there is much that deviates the Indian federal scheme from the normal federations of the world. Some of the major deviations, in brief, would be, indeed, informative:

The States except the state of Jammu and Kashmir in India do not have separate constitutions of their own whereas in most federations, the States (the USA, Switzerland) do have separate constitutions. Normal federations have dual polity which India has too, but there is the provision for singular citizenship and single and integrated judiciary. The Election Commis sion conducts and supervises all types of elections in India—Union as well as of States. At the third level of administration, i.e., local government, both urban as well as rural, there is, however, the provision for State Election Commission.

This is not the case in India where the States are represented in the Council of States (Rajya Sabha), on the basis of population.

The Parliament’s power of making legislation on subjects given in the Seventh Schedule is much larger than that of the States: the distribution of power process is highly uneven, favours the Union more than the States. While in other federations, attempts are made by the federal government to refrain from the domain of the federating units. In India attempts are made to find ways and means to control the states’ power of legislation (Articles 249, 250, 252, 253, 254 and the like).

In the Indian federal scheme, the States are administratively and financially subordinate to the Union government while in other federations, the federating units are kept as free as possible from the Centre in matters relating to administration and finance. The Indian federal scheme is conned to be only structural in form while the spirit and the tone of every article of the Constitution is unitary, i.e. a unitary state with subsidiary federal features. That is why the use of the word ‘federation’ has been avoided and the word ‘union’ has been “deliberately” (Ambedkar’s use of the term) used—the holding together spirit of the Centre has been bifurcated into states. In all other federations of the world, the spirit of the federal constitutions is federal—the states are given their own powers and are free to grow as they choose.