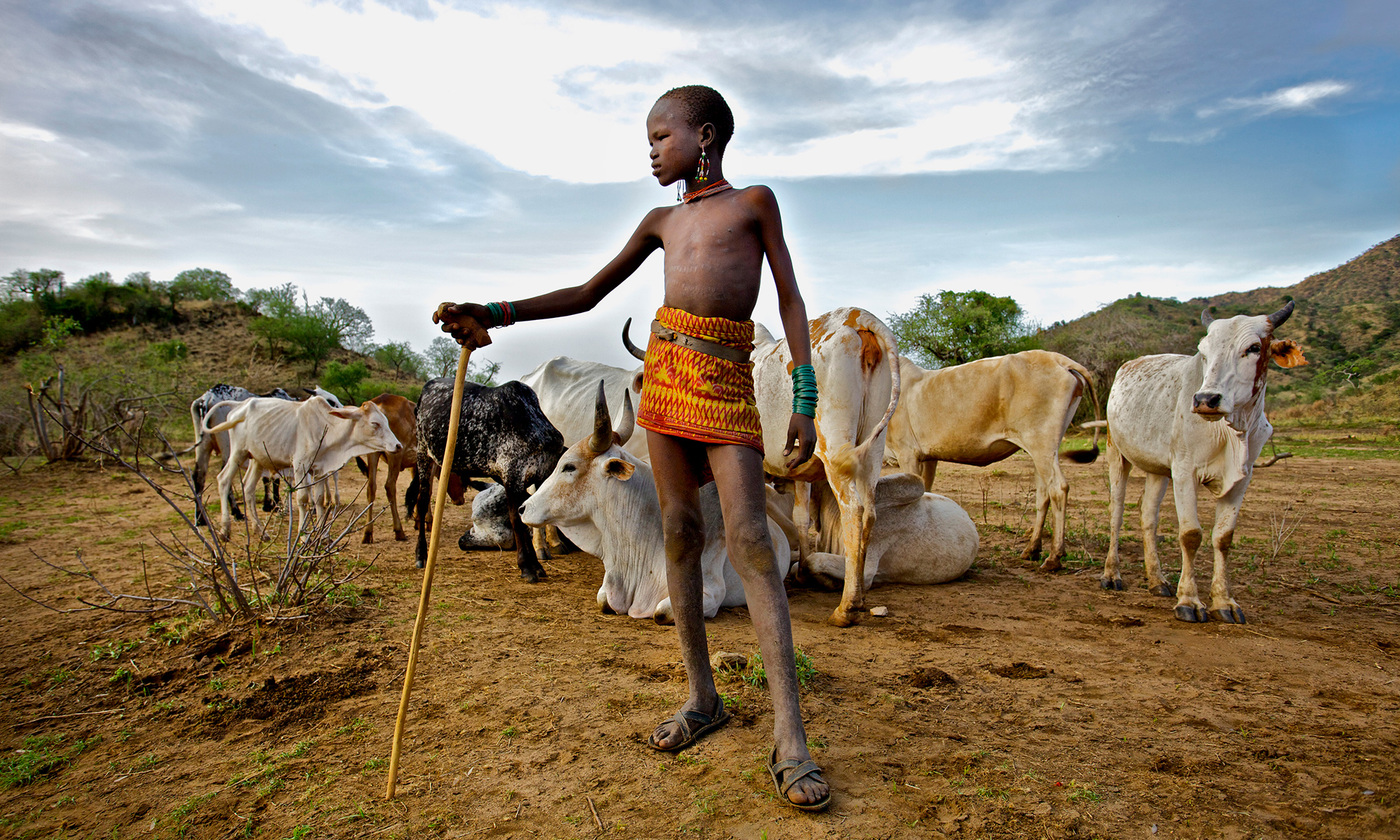 Pastoralism is the process of grazing and rearing different types of animals such as cattle, sheep, goats etc. in an organised manner to obtain milk, meat, wool, skins and hides etc. Livestock herding and rearing have become important economic activities of grasslands. Different types of animals are grazed in different areas. For example cattle rearing is more important in areas of comparatively higher rainfall. Low rainfall areas with short grasses are more suitable for sheep. Still drier areas are devoted to goats and camels. Reindeer is the chief animal of the Tundra region while llama and yak are found in the high altitudes of the Andes and the Himalayas respectively. The animal rearing can be primitive which is carried on by nomads or highly scientific on a commercial scale. Consequently, animal grazing and rearing can be divided into two broad categories:

Pastoral nomadism is characterised by subsistence type of economy in which animals are grazed to meet the basic necessities of life such as food, clothing and shelter in the form of milk, meat, skin etc. People engaged in pastoral nomadism do not lead a settled life but keep on moving from place to place and are called nomads. Each nomadic community occupies a well-deed territory.

Pastoral nomadism is an important activity in the following three regions. Hot deserts between 5º S and 50º N covering the whole of Sahara desert of Africa, Saudi Arabia, Iran, Iraq and Afghanistan deserts and semideserts of Asia and drylands of Mangolia and China in Asia.

Along the southern boundary of Tundra in Eurasia in the southern hemisphere where it extends over small areas of South-West Africa and on the island of Madagascar.

Following two factors have resulted in decrease of areas of nomadic herding and the number of pastoral nomads.

Commercial livestock rearing came into being about two centuries ago when demand for animal products such as milk, meat, wool and skin increased all over the world. It is a system in which animals are reared on extensive grasslands with modern scientic methods. Animals do not move from place to place in search of fodder, rather they are reared on feed holdings and permanent ranch houses. Animal products are traded at national and international level to earn money.

Commercial livestock rearing is carried on in the following areas:

Most modern technology is used for commercial grazing. Great emphasis is laid on breeding, genetic improvement, disease control and health of the animals. Animals are grazed over large areas which are known as ‘ranches’ in Prairies and ‘estancia’ in Pampas.