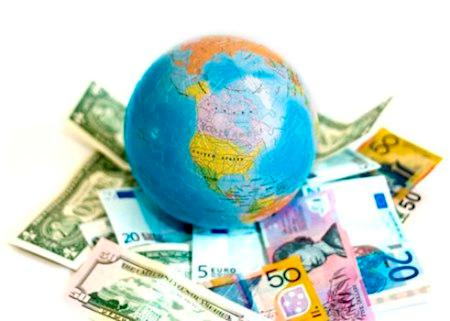 Agricultural geography is concerned with agriculture in which we study its environmental factors affecting the growth and distribution of agricultural crops in different parts of its world. It deals with climate, soil and social conditions most suitable to agricultural productivity in a particular area.

Nutritional Geography has emerged as an important branch of agricultural geography in the recent past.

Transport geography is concerned with the growth, development and distribution of transport facilities such as roads, railways, airways and waterways in the world. In the recent years, pipeline transportation has emerged as an important mode of transporting mineral oil and natural gas.

This is a new branch of economic geography which deals with the spatial patterns of economic development. In addition to the above mentioned important branches of geography there are other branches also; some of them are of recent origin: They are medical geography social geography, military geography or geography of defence studies, gender studies etc.

Earth’s Position in the Solar System

The Earth as a Planet

The earth is an important member of the solar system because it has water and air as a result of which it sustains life. The solar system consists of the sun, eight planets and a large number of satellites. According to the increasing distance from the sun these planets are Mercury, Venus, Earth, Mars, Jupiter, Saturn, Uranus and Neptune. All these planets revolve round the sun along their specific orbits. Only the Sun has its own light. The planets do not have their own light but they receive light from the sun. Of all the planets, Jupiter is the largest planet.

The 5 other planets in descending order of size are Saturn, Uranus, Neptune, Earth, Venus, Mars and Mercury. Mercury, Venus, Earth and Mars are near to the Sun and are called inner or terrestrial planets. On the other hand Jupiter, Saturn, Uranus and Neptune are away from the Sun and are called outer or Jovian planets (Jovian means Jupiter like). These two groups of planets are separated by the belt of asteroids. Asteroids are small planets which collectively revolve around the Sun like any other planet.

In general the planets rotate around their axis in west to east direction but two planets, namely Venus and Uranus have retrograde rotation i.e. they rotate in opposite direction from East to West. Different planets have different number of satellites. Mercury and Venus have no satellite. Earth has only one satellite called moon. Jupiter has the largest number of satellites (63), followed by Saturn (60), Uranus (27), Neptune and Mars (2).

Similarly, the tilt of the axis on the orbital plane also varies widely from one planet to another. Mercury has no inclination and the Earth’s axis is inclined at the angle of 23.5° on the orbital plane. Uranus has the maximum inclination of 98° and is known as the lopsided planet. Mars is called the red planet because its atmosphere is filled with dust which gives strong colour to this planet. When seen from the space, the Earth appears to be blue planet because much of its surface is covered by water.