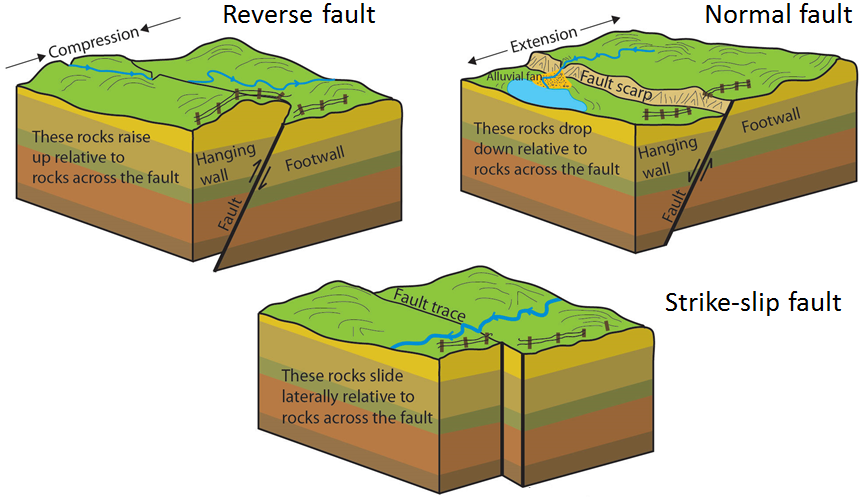 Faulting is the result of forces of tension in the rock strata. The plane along which the fault takes place is known as Fault Plane. One part of a fault is thrown upwards and is known as upthrown side. Similarly, the down thrown part is called downthrown side. The part which is exposed as a result of fault is known as Fault Scrap. Depending on the position of movement various types of faults can be recognised. A normal fault is produced by the forces of tension because in this situation the blocks move in opposite directions along the fault plane. A reverse fault on the other hand is produced by compression and the rock blocks move towards each other along the fault plane. When one block of fault rises over the other along the fault plane, the fault is known as thrust fault. Step fault comes into being when an area suffers several parallel faults in such a way that the crust is broken into thin strata and the slope is on one side, the fault looks like a that of stairs.