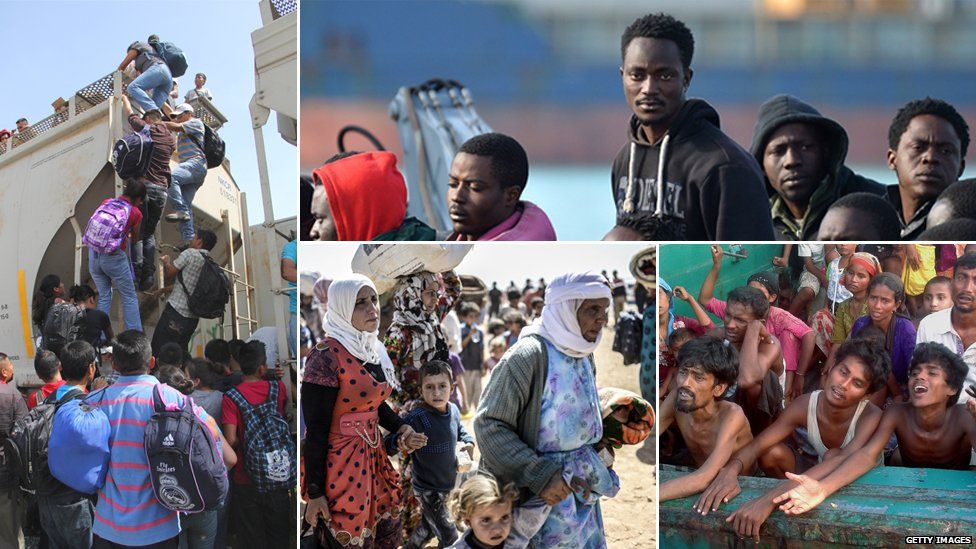 Migration has both positive and negative consequences of which economic, demographic social and environmental consequences are more important.

Most people migrate for economic gain and economic benefit. It is the most important consequence of migration. People migrating out send remittance to their families at home and add to economic prosperity. Remittances from the international migrants are one of the major sources of foreign exchange. Remittances by internal migrants also plays a significant role in the economic growth of the source regions. These remittances are used for food, repayment of debts, treatment, marriages, education of children, agricultural inputs, construction of houses, etc. For thousands of the poor villages of Bihar, U.P., Odisha, Andhra Pradesh, Himachal Pradesh, etc. remittances work as life blood for their economy.

Migration leads to unbalanced demographic distribution of population within the country. Only the able bodied young people migrate from villages to cities in search of jobs and the rest of the family members stay back in the rural homes. This leads to serious imbalances in age and sex ratio particularly in areas of high out-migration like Uttarakhand, Rajasthan, Madhya Pradesh and eastern Maharashtra. Similar imbalances are seen in the recipient states also.

Migrants are very good agents of social change as they bring new ideas related to technologies, family planning, girl education etc. Migration results in intermixing of diverse cultures and leads to the evolution of composite culture. It breaks the narrow considerations and widens the mental horizon of the people. But at the same time, migration has serious negative consequences. These include anonymity, which creates social vacuum and sense of dejection among individuals. Continued feeling of dejection may motivate people to fall in the trap of anti-social activities like crime and drug abuse.

Large scale rural-urban migration leads to overcrowding in the cities and puts tremendous pressure on the infrastructure. It also results in unplanned and haphazard growth of cities in which slums and shanty colonies are very common. Overcrowding is also related to over-exploitation of natural resources and cities are facing serious problems of sewage disposal and management of solid wastes.

Migration has a deep impact on the status of women. Generally, male members of the family migrate from rural to urban areas and leave their wives behind at home. s puts tremendous physical and mental pressure on the women. Although migration of women enhances their autonomy and role in economy yet it increases their vulnerability.

Migration enhances remittances to the source region but there is heavy loss of human resources, particularly those of skilled people. Market for advanced skills has increased considerably at the international level. As such most dynamic industrial economies are admitting and recruiting significant proportions of the highly trained professionals from poor regions. Consequently, the existing underdevelopment in the source region gets reinforced.

Depending on its duration, migration can be classified into the following three types:

In this type of migration, the migrants do not return to their place of origin but settle down permanently at their place of destination. e best example of permanent migration is provided by the large number of emigrations of the European people in 18th and 19th centuries to distant places of North America, South America, Australia and New Zealand. Several people migrated from rural to urban areas in search of better quality of life and settle down there permanently.

In this type of migration people leave their places of residence for a short period. Pilgrimage is the best example.

This is the type of migration in which people move from one place to another in a definite time period of the year. For example Bakarwalas of Jammu and Kashmir and Gaddis of Himachal Pradesh move to higher places in summer and lower places in winter. This is known as transhumances.

A large number of people travel from their place of residence in the rural areas to their place of work in the urban areas in morning and come back to their homes in the evening after finishing their day’s work. This daily migration is known as commutation.