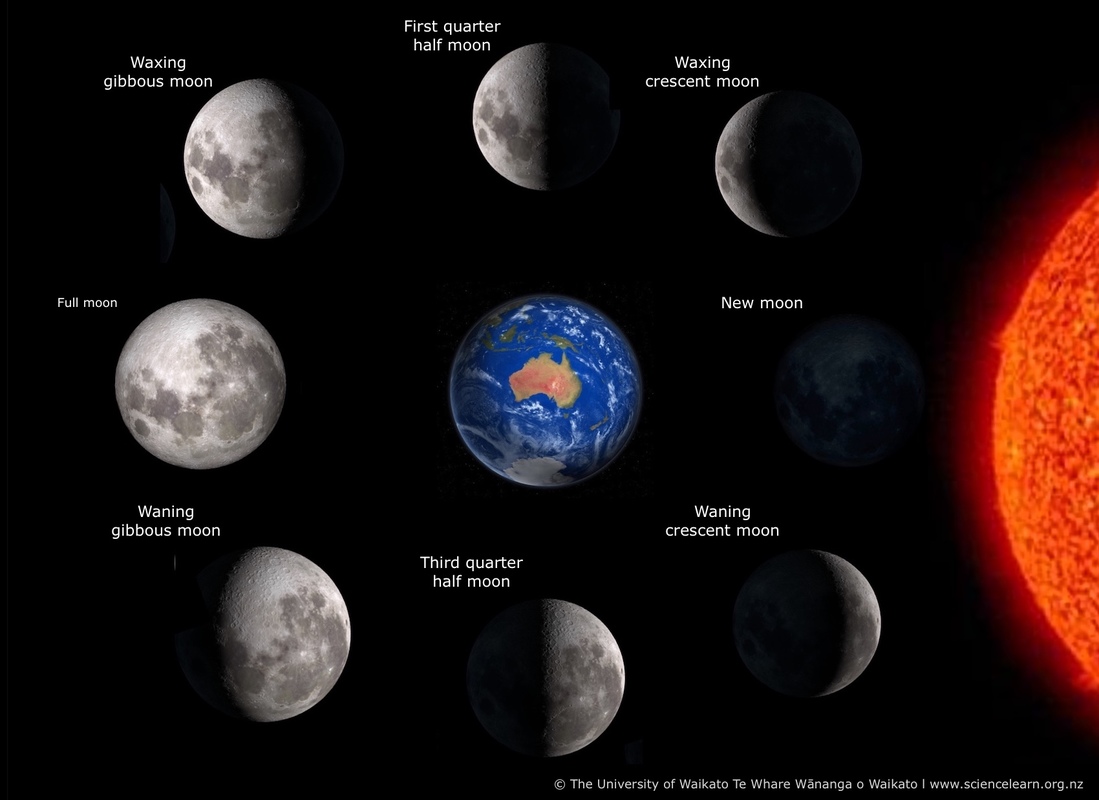 Thus the mean distance of the moon from the earth is 3.85 lakh km. The diameter of the moon is 3478 km which is aboutof the earth’s diameter: mass and volume of the moon are just 1/80th is 1/50th part of the earth respectively. The moon’s surface is marked by a large number of craters which are much bigger than the craters found on the earth’s surface. It revolves around the earth on an elliptical path and completes one revolution in 27 days, 7 hours 43 minutes and 11.6 seconds or roughly 271/3 days. This period is called sidereal month. The moon’s period of revolution with reference to sun is 29 days, 12 hours 44 minutes 2.8 seconds or roughly 29.53 days. This period is known as synoptic month.

Since the moon’s period of rotation around its axis and that of revolution around the earth is the same, we can see only one side of the moon from the earth. Thus only 59 percent of the moon’s surface is visible at the earth and the remaining 41 percent is never visible to us. As a matter of fact, a maximum of 50 percent of the moon’s surface can be seen from the earth at a given time. The remaining 9 per cent can be seen at dierent times depending upon the shiof the apparent edges of the illuminated part of the moon due to the relative motions and changes in the angle of view from the earth. It is worth noting that the moon does not have its own light. It appears bright because it reflcts light received from the sun.

Phases of the Moon