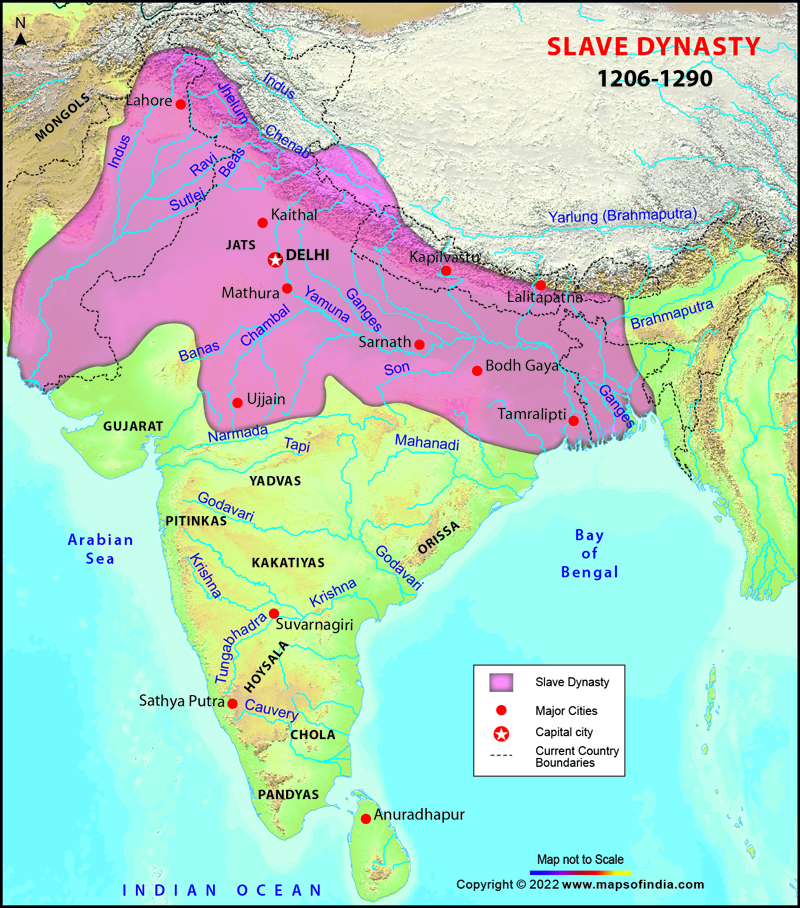 The first sultan of the dynasty was Qutb-ud-din Aibak. He was a general of Muhammad Ghori and ruled over the territories conquered by Ghori in India. After Ghori’s death, Qutb-ud-din began to rule as an independent king.

Qutb-ud-din was a kind-hearted and generous man. Due to his generosity, he was called ‘lakh baksh’ or giver of lakhs. He built the Quwwat-ul-Islam mosque in Delhi and started the construction of the Qutub Minar.

Qutb-ud-din Aibak was succeeded by Iltutmish. He is considered the real founder of the Sultanate. He faced many problems but dealt with them strongly. He suppressed many internal rebellions. He also consolidated his position in the north-west. In the east, he extended his empire up to Bengal. He also completed the Qutub Minar.

Iltutmish had many sons. However, he considered none of them capable enough of governing the Sultanate. He decided that his daughter Raziya would succeed him. The nobles were unhappy with the decision. After the death of Iltutmish, they placed Rukh-nud-din Firoz Shah, a son of Iltutmish, on the throne. Rukh-nud-din, however failed to manage the affairs of the kingdom. Within months he was deposed by Raziya.

Raziya’s reign was short and full of problems. The nobles opposed her as she tried to reduce their power and began taking major decisions without consulting them. They revolted against her. She was deposed in the year 1240 A.D. and died soon afterwards.

After the death of Raziya and till the accession of Balban, several kings came to the throne. Of these, Nasir-ud-din Mahmud ruled for a long time, from 1246 to 1266 A.D. None of the rulers, however, could provide stability to the empire. All these kings were puppets in the hands of powerful nobles.

Balban was the most powerful ruler of the dynasty. He reorganised and strengthened the army. He fought against the local rulers and defeated many of them. He also fortified the north western borders against Mongol raids.

Balban made the sultan’s position supreme. He introduced the Persian custom of sijdah or prostration before the sultan and paibos or kissing the feet of the sultan. The orthodox Muslims opposed this as according to them, a human being should prostate only before God.

Balban was succeeded by very weak kings. In 1290, the rule of slave dynasty ended and the throne of Delhi passed into the hands of Khaljis.